11 feel-good movies about divorce to watch with the kids

Posted by Belinda Eldridge on October 6, 2020

If you are going through a separation with children involved, it’s good to arm yourself with as many resources as possible. For kids, this can be as simple as a feel-good movie which focuses on a situation similar to their own.

Such movies can help children feel less isolated and encourage them to talk more openly about their own parents break-up. So make sure you’re ready to answer any questions they have, during and after the film.

Luckily, there are lots of great movies about divorce to watch, many of which have a family-friendly rating, light-hearted humour and, most importantly, a happy ending.

We have compiled a list of our favourites. So grab the popcorn, get comfy on the couch and enjoy! 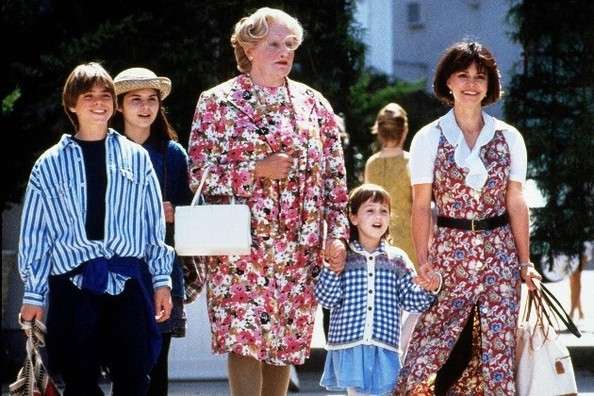 The classic Mrs. Doubtfire is a must watch for separated families. It’s a funny and bittersweet film with a realistic and relatable not-so-happy ending. After a recent divorce, Daniel (Robin Williams) finds himself unemployable and unable to see his children. Running out of options, he answers an ad put up by Miranda, his ex-wife (Sally Field), for a female housekeeper. He dresses up, puts on makeup and gets hired.

Back in his family’s life but in disguise, Mrs. Doubtfire becomes closer with his kids and starts improving their lives. But all must out in the end. Miranda discovers the ruse one night at a restaurant, and Daniel ends up confessing to the judge at the custody hearing. 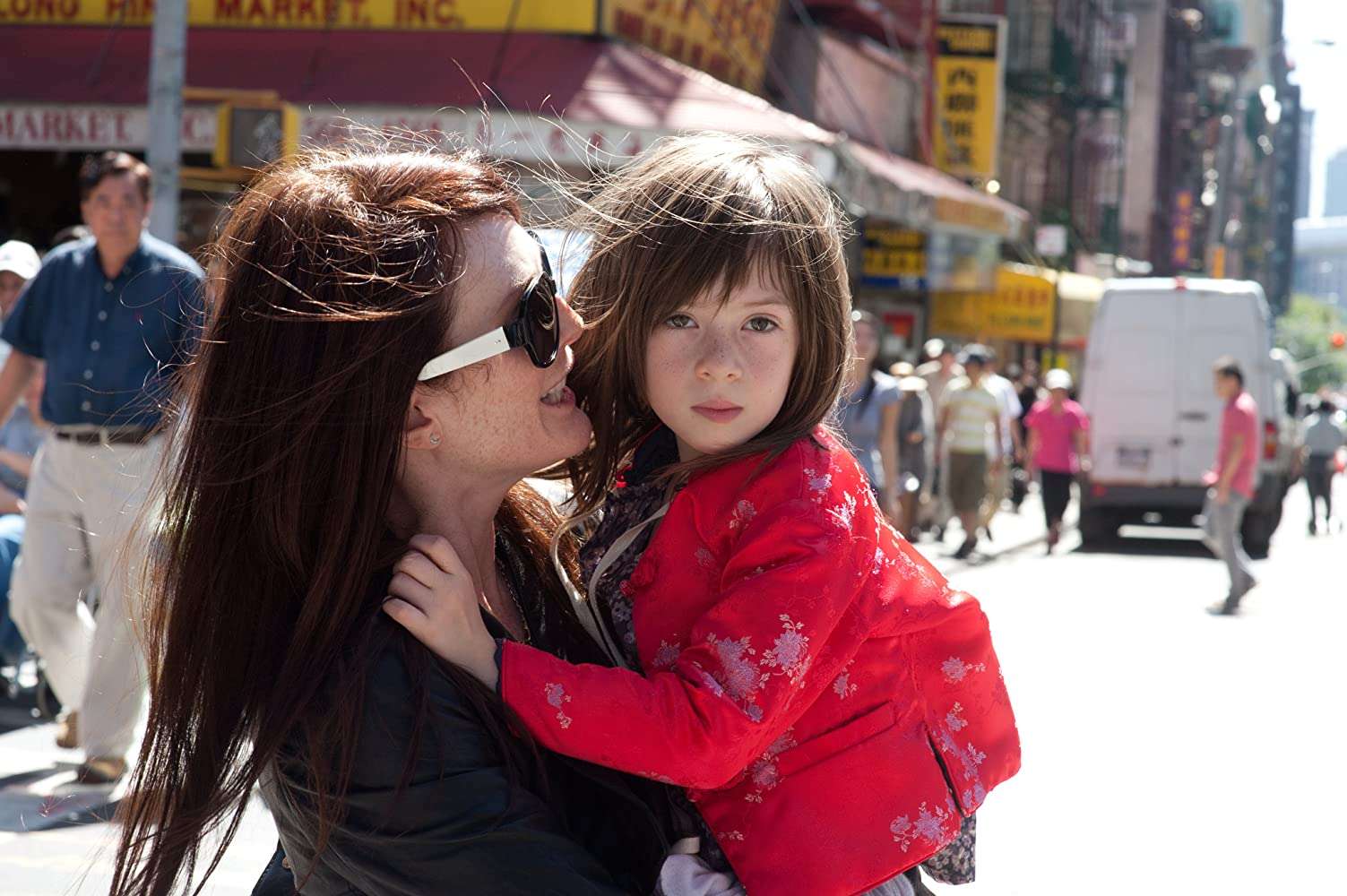 Henry James’ What Maisie Knew gets an all-star treatment in this movie about high-conflict parents fighting for custody of their six-year-old daughter. Set in modern-day New York, mum Susanna (Julianne Moore) and dad Beale (Steve Coogan) are always fighting and often leaving Maisie alone with Margo, the nanny.

The parents eventually separate. Dad marries the nanny and mum marries Lincoln (Alexander Skarsgard), a bartender she barely knows. As her parents fight for full custody to spite each other, Maisie bonds with Lincoln and Margo. It’s a great film for single mums and older kids to watch, but can be difficult to for younger kids. 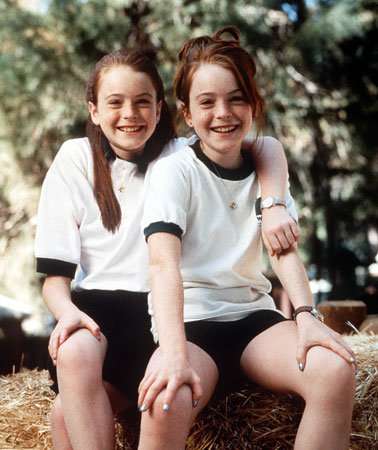 The Parent Trap is tale of twins separated at birth by their divorced parents. The 1998 remake stars a young Lindsay Lohan as both 12-year-old twins, Annie and Hallie. Annie lives in London, England with her fashion designer mum, Elizabeth (Natasha Richardson) while Hallie lives in Napa Valley, CA with her dad Nick (Dennis Quaid), a winery owner.

By sheer coincidence, the twins get sent to the same summer camp by their parents. They initially detest one another, But when they get punished and isolated together for a prank that went too far, they find out the truth and hatch a plan to switch identities. 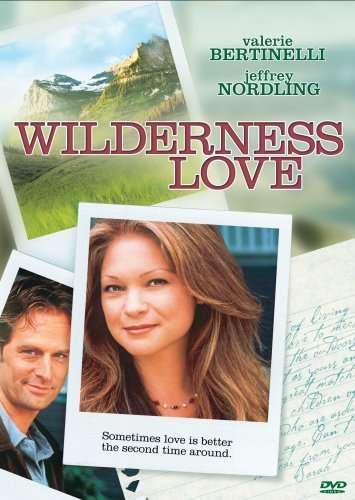 If you enjoy movies where kids scheme to get their divorced parents back together, watch Wilderness Love. Set in beautiful Alaska, it’s about two parents who are recently divorced and lives separate lives. Dad Jesse runs an isolated ranch for fishing and tracking and his wife Susannah has a restaurant miles away in the city.

Susannah is dating a new guy, so her kids decide to find a match for their dad too. They send a letter to a magazine called Alaskan Love and their dad gets many replies. Later they realise that mum is the perfect match for their father and they try to hook him up with her.

5. NIGHT AT THE MUSEUM 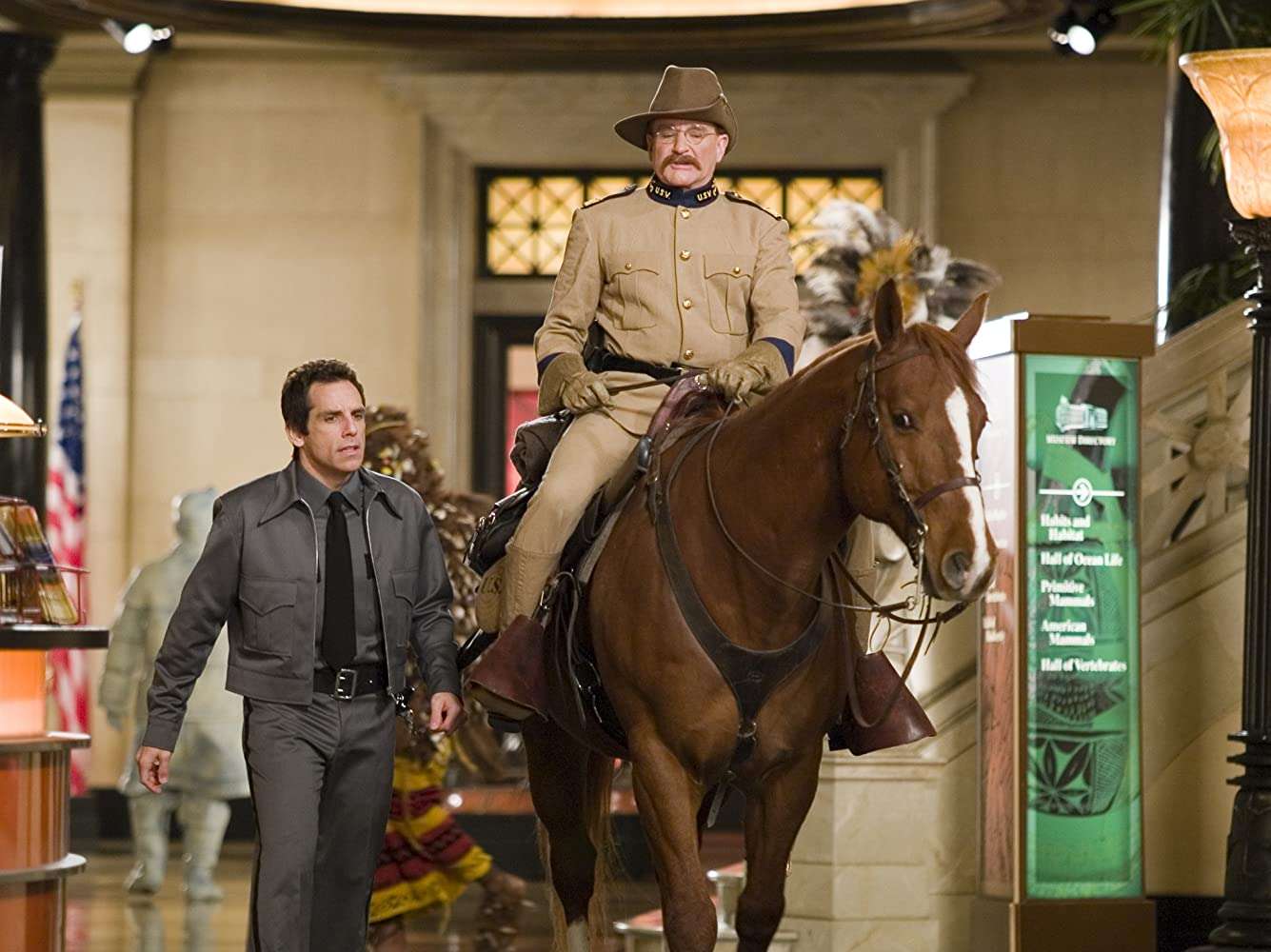 Night at the Museum is a rollicking tale about a museum that comes to life, well at night time. Divorced dad Larry Daley (Ben Stiller) is finding it difficult to find a stable job and his ex-wife Erica (Carla Gugino) thinks he is a bad example to their son Nick.

Larry lands a night watchman gig at the American Museum of Natural History, where the former guard warns him cryptically not to let anything in or out. With wax models and artifacts coming alive and wreaking havoc, Larry fears for his life and quits the next day. But when his son visits and shows an interest in his job, he decides to stick it out. 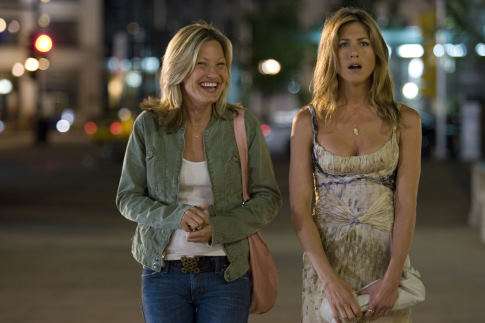 What happens when two people decide to end a relationship but don’t want to move out of their place? They become roommates. In the Breakup, Gary (Vince Vaughn) and Brooke (Jennifer Aniston) finds out that their relationship isn’t working out. Instead of moving out of their condo, they stay together but continue to provoke each other.

The realtor decides to sell the condo and gives Gary and Brooke two weeks’ notice. For the first time they begin to reflect deeply on what has gone wrong in the relationship as well as their own shortcomings. Older kids will enjoy the comedy but younger kids might be bored. 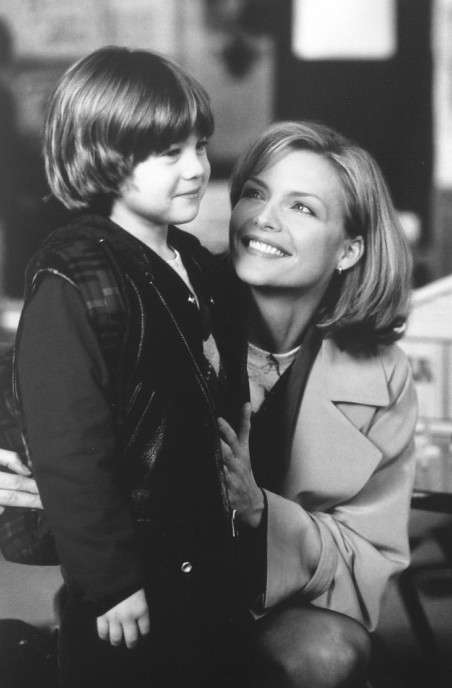 Michelle Pfeiffer (Melanie) and George Clooney (Jack) play two workaholics juggling divorce and family in this romantic comedy set in New York. The two meet each other one fine day when they are forced to supervise their own and each other’s kids. The two parents initially bicker, but learn to work together for their children.

Everything happens in 24 hectic hours, at the end of which both Melanie and Jack realize that they make a pretty good family together. Single mums with careers and kids will relate to the chaos and frustration, while kids will get a chuckle out of the antics pulled by the Melanie and Jack’s children. 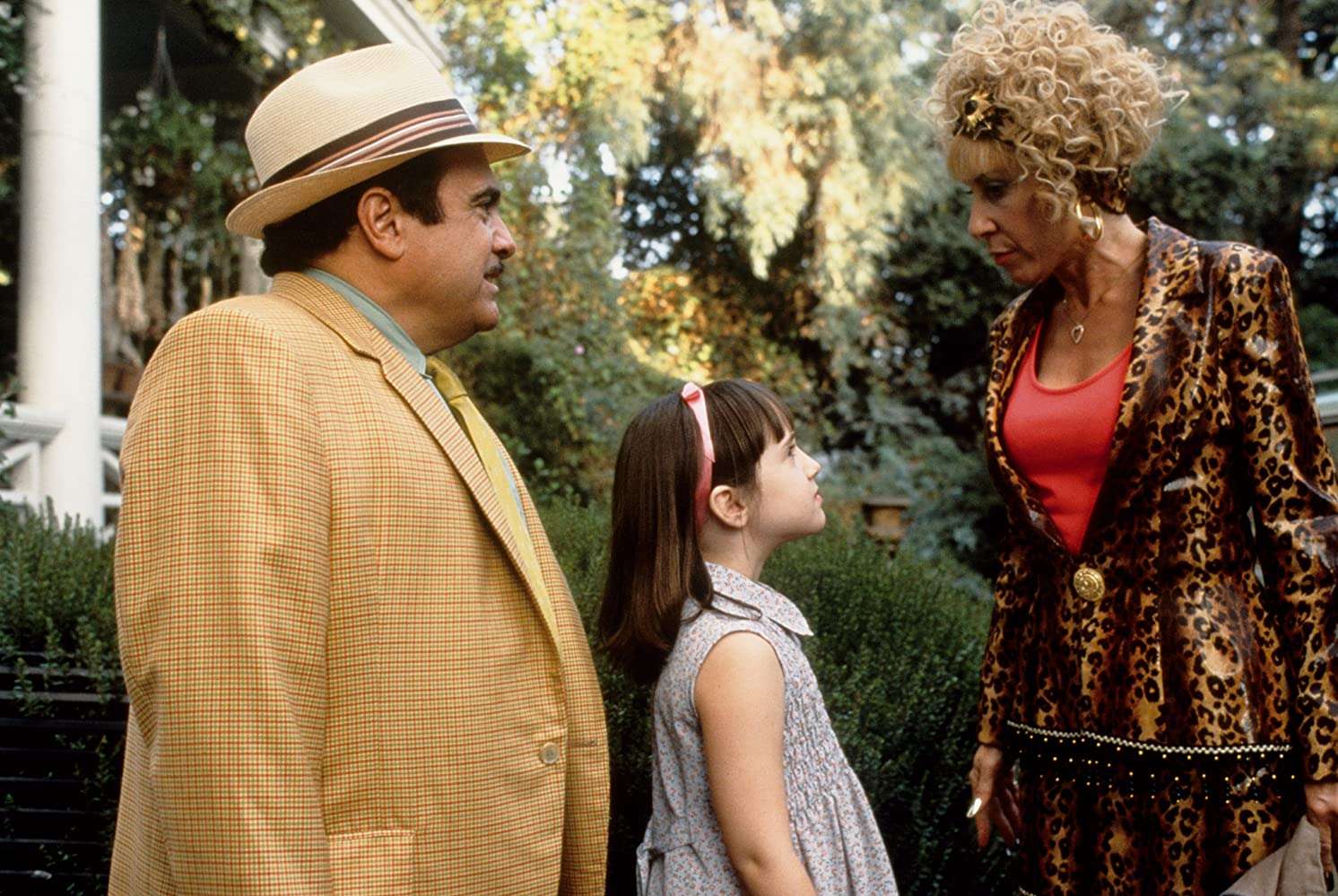 Roald Dahl’s story about a precocious six-year-old child living with oh so ordinary parents comes to life in this cult classic. Matilda Wormwood (Mara Wilson) has many problems: She’s an unappreciated genius with psychokinetic abilities. She lives with parents who mistreat and neglect her and a brother who bullies her. And they won’t enroll her in school.

When dad Harry (Danny DeVito) sells a car to cruel Miss Trunchbull, the principal of forbidding Crunchem Hall Elementary School, he sees an opportunity to get rid of Matilda. Kids will love how Matilda deals with the tyrannical principal and finally ends up with in a loving home. 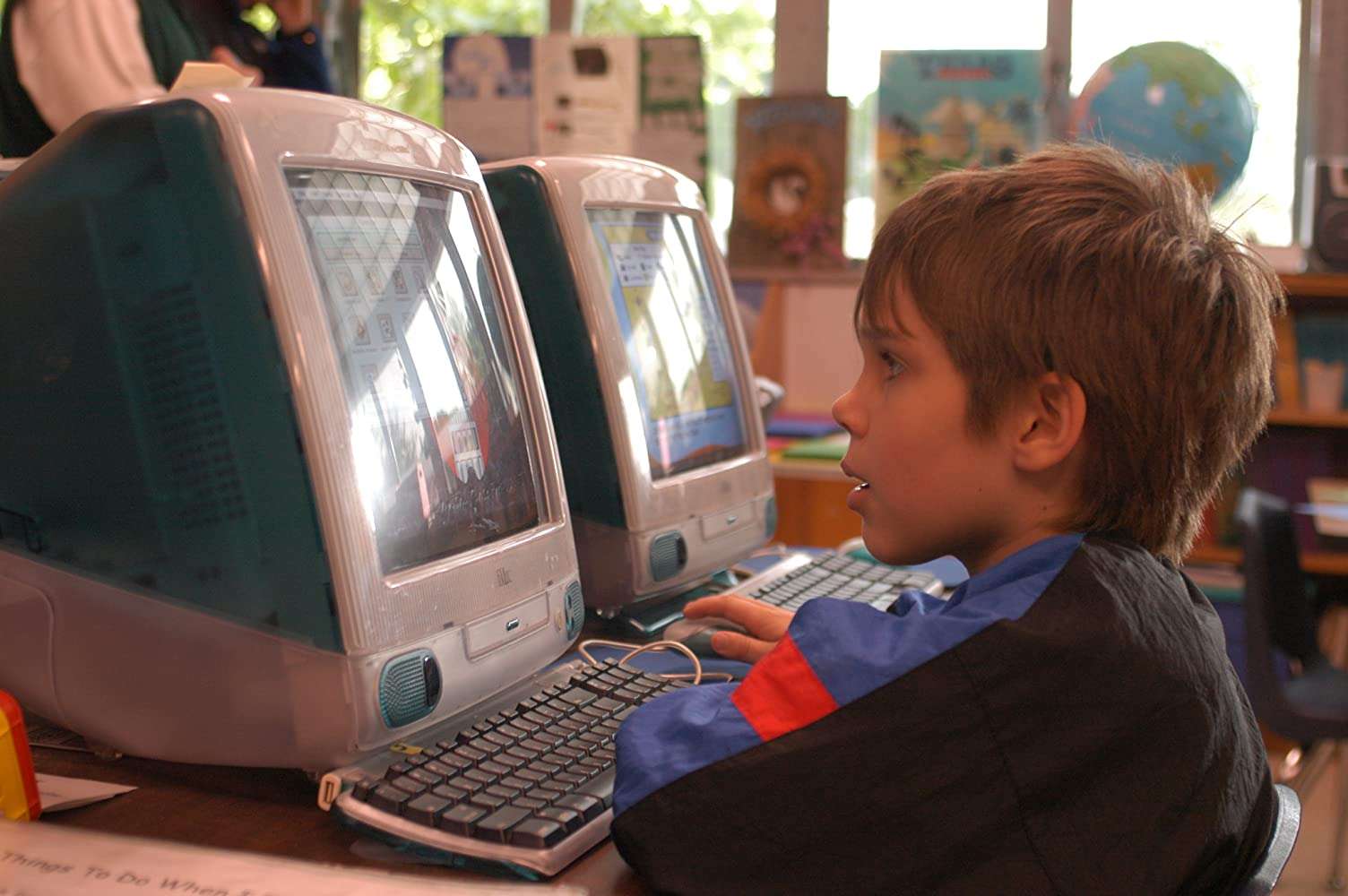 Richard Linklater’s opus Boyhood is a must see not only for separated and blended families but for everyone. Ethan Hawke called it “time-lapse photography of a human being,” depicting coming of age on the screen as it has never been shown before.

Filmed over the course of 12 years, Boyhood is the story of Mason Evans Jr. (Ellar Coltrane) and his sister Samantha (Lorelai Linklater), starting off when Mason is six years old and ending when he is 17. It’s about lives unfolding and intersecting in a slow and satisfying burn, holding up a mirror to our own messy relationships. 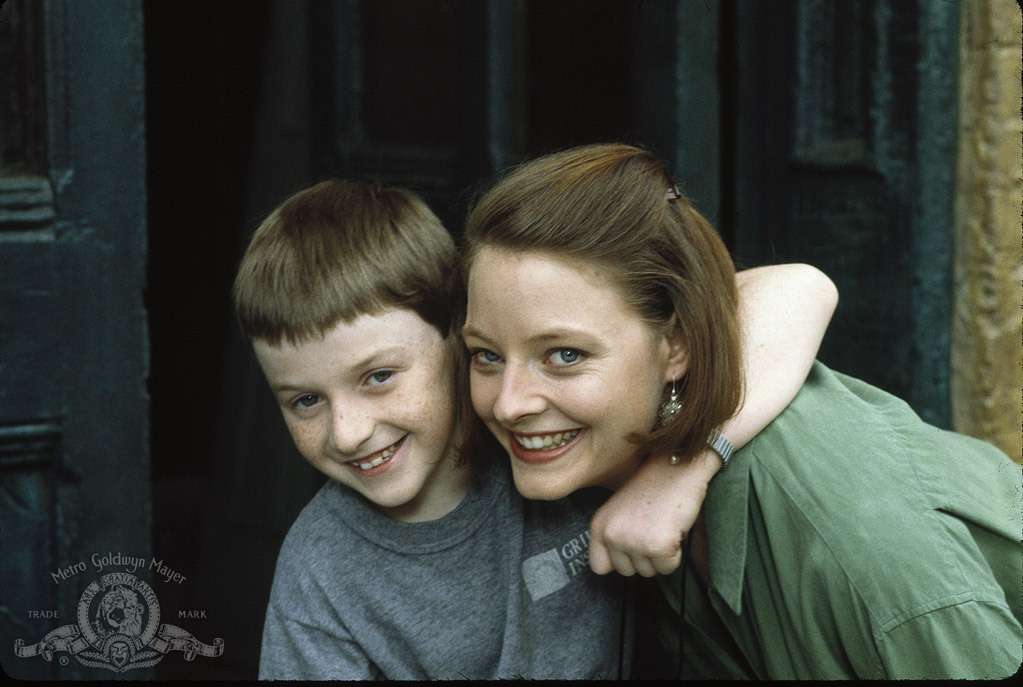 It’s hard to be a mother raising a genius child. In Little Man Tate, Jodie Foster plays Dede, a working-class mum trying to raise her son Fred (Adam Hann-Byrd), a seven-year-old prodigy, in an environment that stifles his gifts. Fred is isolated at school and no one comes to his birthday party.

Dede decides to enroll Fred at a school for gifted kids, but his teacher can’t see him as anything other than a case study. Later he goes to university but stills suffers in isolation. Fred gradually adjusts to the pressures of genius with the help of his mum.

11. THE SQUID AND THE WHALE 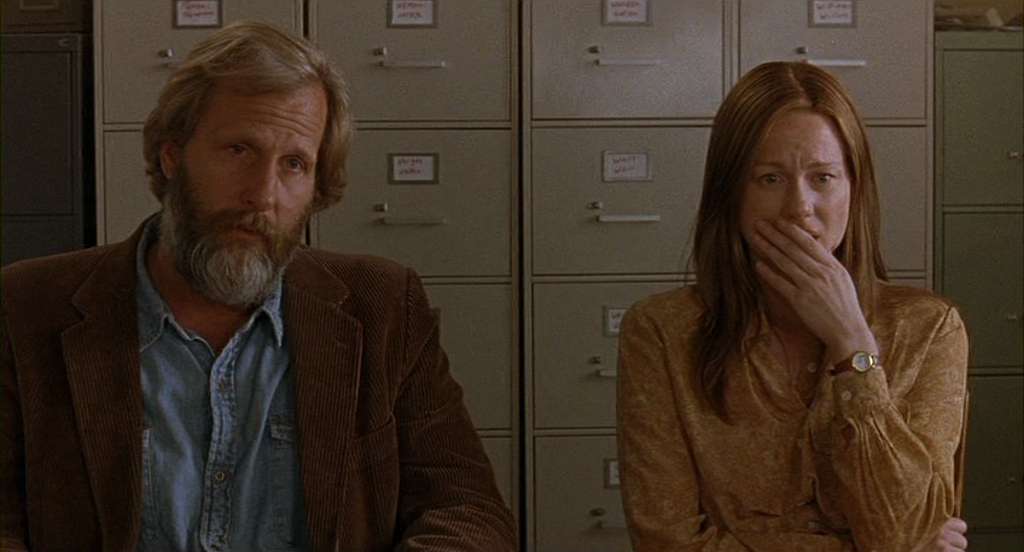 Divorce is hardly funny, but the semi-autobiographical The Squid and the Whale manages to be simultaneously hilarious, incisive and disturbing. Egotistical Bernard (Jeff Daniels) is a declining novelist and the recent success of his unfaithful wife Joan (Laura Linney), another writer, is getting on his nerves.

The parents decide to separate. Their kids Walt and Frank are barely done processing the events when thins get even more acrimonious. Each boy struggles and acts out in different ways due to stress. While this movie is a darker take on divorce, older kids will relate to Walt and Frank’s suffering and how they deal with parents who are anything but perfect.